Everything about i18n and translating Angular apps.

In Angular you have a really nice router which takes care of all the things you need. Prefetching data, guarding specific routes and it will even lazy load modules. That all works out of the box, which I think is really awesome.

When you are using Apache to serve your public/production environment you want to have beautiful clean URL’s, for example ‘whatwhat.app/page/3’. You need some additional configuration to make sure Angular’s routing also kicks in when people visit those pages directly and not coming through the index/homepage.

By default you will get a 404 page, because that file is not physically on the server. With mod_rewrite you can adjust this behavior in Apache, if that module is turned on (which is often the case). Configuration for Apache can be changed per folder using .htaccess.

Just copy the configuration below and drop it in a file named .htaccess in the same folder containing your index.html file. That’s it!

Optional: Run your Angular app from a sub directory

You need some additional configuration for this, because Angular needs to know the path above it. The easiest way is to add a base tag in the <head> tag of the index.html like this: <base href="/app/path/">. Where the path should be adjusted to match yours of course, make sure it is the path above your Angular app (which should be ignored).

Another way is to inject it, that can be easier if you have different configurations per environment (ex. dev/acc/prod). You can find more information in the Angular documentation: APP_BASE_HREF.

When using a sub directory also change that in your .htaccess like this:

What mod_rewrite will do for Angular

For this of you who want a little background information about what is happening.

What Apache does is serving files to your visitors when they ask for it. In the case of a homepage like ‘whatwhat.app’ it will serve the index.html. With the configuration from the .htaccess it will change a bit:

You can use hashtags routing too, which won’t be send to the server. That is an alternative in some cases and it can be good for security too (if you have params you don’t want to send to the server). I will probably write about this in a separate article as well.

I am working on articles for other webservers and CDN’s too, follow me on Dev.to or Medium to keep an eye out on those. Any tips or questions? Reach out to me on Twitter. Thanks for reading!

What?! makes translating Angular applications easy as pie, you just can't eat it. 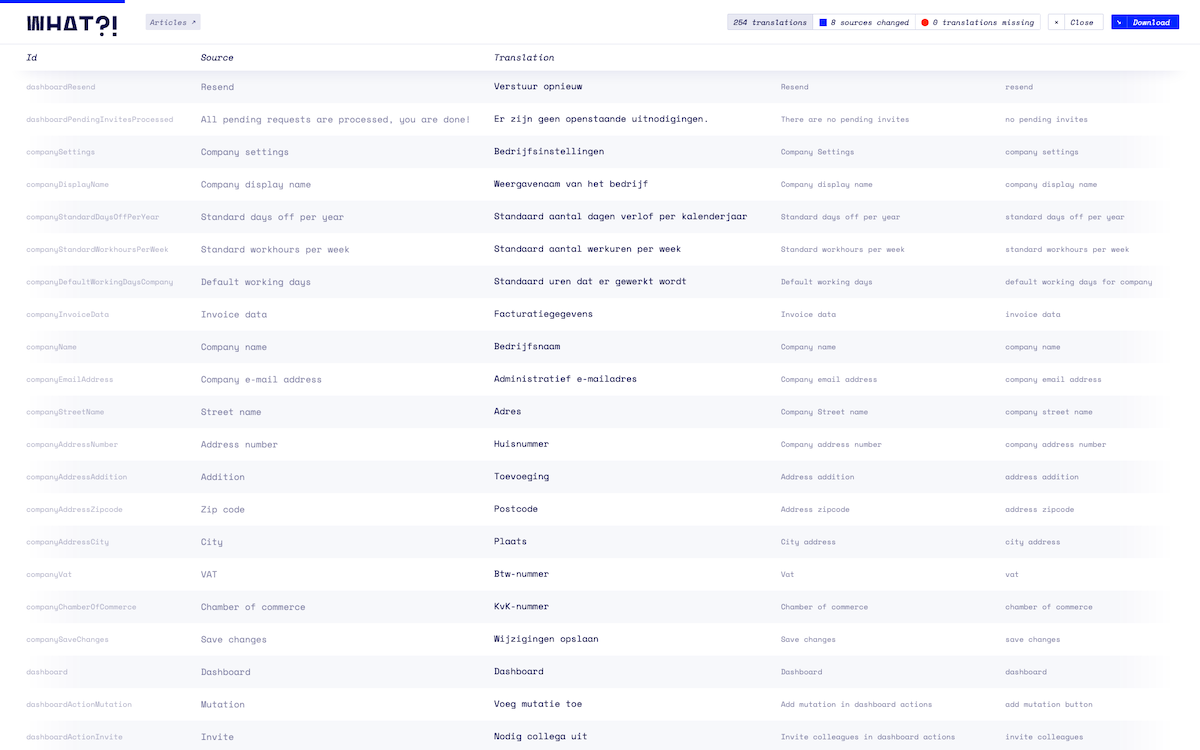